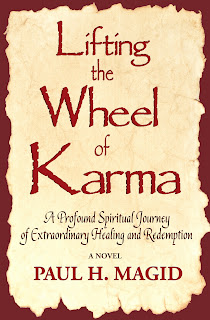 ABOUT THE BOOK
Joseph Connell is a gifted high school athlete from Montana, loved deeply by his family, yet tormented by nightmarish visions he can neither explain nor escape.  He believes the answer to what threatens to crush him can be found in the knowledge possessed by a mystical old wise man, who lives deep within the remote Himalayas of India.  If Joseph is ever to find the peace he so desperately seeks, he must get this wise old man to reveal what he truly knows, but that will not be easy...for this sage knows far more than he admits.
MY THOUGHTS


This impressive piece of fiction wouldn't let me stop reading.  Joseph's story is well-told and fascinating.  The characters are real and will touch your heart.  There is some real intensity stored in these pages, as well as wisdom just waiting for anyone willing to look for it.  Taking the religious aspect out of it, this story shows us some valuable life lessons.  Adding the religious aspect back in, it will take you on a spiritual journey that will force you to face yourself at your most vulnerable.  There's also a handy study guide at the end to aid in asking yourself questions or beginning a discussion.
ABOUT THE AUTHORPaul H. Magid started writing his debut novel, Lifting the Wheel of Karma, twenty-five years ago while still in high school. It took him so long to complete because he tried repeatedly to abandon it, but the work refused to be forsaken. Eventually he realized that sharing this story with the world was, in fact, his Dharma.
Along the way he has worked as a Wall Street financial analyst, a waiter (not a very good one), a Hollywood Agent Trainee, a real estate developer, a summer day camp director, an award winning screenwriter, and independent filmmaker—including his autobiographical film, A Life Unfinished, which screened in The Hamptons International Film Festival.