In 1919, Kitty Weekes, pretty, resourceful, and on the run, falsifies her background to obtain a nursing position at Portis House, a remote hospital for soldiers left shell-shocked by the horrors of the Great War. Hiding the shame of their mental instability in what was once a magnificent private estate, the patients suffer from nervous attacks and tormenting dreams. But something more is going on at Portis House—its plaster is crumbling, its plumbing makes eerie noises, and strange breaths of cold waft through the empty rooms. It’s known that the former occupants left abruptly, but where did they go? And why do the patients all seem to share the same nightmare, one so horrific that they dare not speak of it? Kitty finds a dangerous ally in Jack Yates, an inmate who may be a war hero, a madman… or maybe both. But even as Kitty and Jack create a secret, intimate alliance to uncover the truth, disturbing revelations suggest the presence of powerful spectral forces. And when a medical catastrophe leaves them even more isolated, they must battle the menace on their own, caught in the heart of a mystery that could destroy them both. 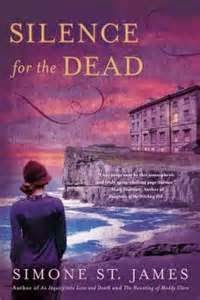 Simone St. James is a lifelong reader of ghost stories and other spooky reads, but it wasn’t until she was an adult that she discovered two wonderful genres: romances and old, classic gothics.
Wishing she could read something that combined the three, with a 1920′s setting thrown in as well (and having written two full novels that were rightfully rejected everywhere and will forever live under the bed), she wrote THE HAUNTING OF MADDY CLARE, which was the book she really wished to read. An agent’s representation and a publishing contract soon followed, and she has been happily writing in her chosen, made-up genre ever since. THE HAUNTING OF MADDY CLARE won two of Romance Writers of America’s prestigious RITA® awards, as well as Crime Writers of Canada’s Arthur Ellis Award for Best First Book. 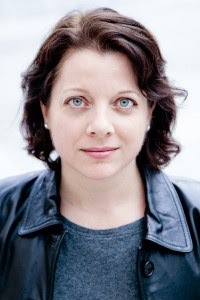 Simone spent twenty years behind the scenes in the television business before leaving to become a full-time writer. She lives just outside Toronto with her husband and an elderly cat who is probably sleeping as we speak. When not writing, Simone can be found traveling, cooking, staying active and healthy, gardening badly, and reading, reading, reading. Among her favorite authors (besides the geeky history and research books she loves) are Mary Stewart, Daphne duMaurier, Deanna Raybourn, Susanna Kearsley, Jacqueline Winspear, Victoria Holt, Kate Morton, George R. R. Martin, and Stephen King. How’s that for a mix? And of course, along with the rest of the planet, she is eagerly awaiting the next season of Downton Abbey and Sherlock on the BBC.

Simone loves to chat with readers on Facebook and Twitter, or through her contact page. You can also see her reading lists on Goodreads and the latest behind the scenes pictures she’s pinned on Pinterest.

a Rafflecopter giveaway
Posted by Minding Spot at 11:00 AM