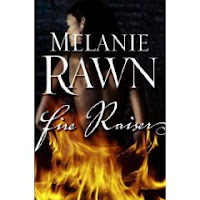 Black magic, rituals, and everyday life in a small town set the tone for this excellent paranormal fantasy.

Evan Lachlan and his wife Holly McClure, a witch, have moved from to her hometown in to raise their young children. The town is known for having the most witches in one place in the entire country. Most of the oldest families’ business is witchcraft. Holly is a spellbinder, and appreciates that Evan has opened his mind to the magic in her family.

Evan is the county sheriff, and is investigating a series of arsons in the area. Someone is burning down churches and using magic to activate the trigger. Evan suspects it may have something to do with the new owners of the Westmoreland plantation. It has been recently renovated and opened into an upscale inn.

Looking for proof, Evan and Holly attend a fund raiser at the plantation. Not long after their arrival, they are left gasping at the magic that fills the air. Using magic, Holly’s cousin finds a doorway not visible to the human eye and they all rush into the room. But unfortunately, there is no exit out and something sinister and dark is on the other side.

An action-packed thrilling fantasy bursting at the seams with magic, FIRE RAISER is a bewitching tale. Melanie Rawn draws the reader in from page one and doesn’t let go until the final climax. Fantasy and paranormal lovers alike will enjoy FIRE RAISER. I certainly did!