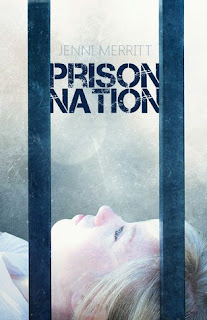 The United States has left the UN and have built a wall around it's perimeter.  No one gets in and no one gets out. There are new rules and new laws, the government called the Nation, no longer United.Within these walls are three large prisons.  Criminals are granted no leniency.  You are no longer innocent until proven guilty.  Lady Justice no longer exists, nor do lawyers or judges.  Thieving? Twenty years.  Murder? Your in for life.  If you are born in prison, you stay in prison until you earn your release at eighteen.

Millicent 'Millie' is a jail baby.  She has grown up within the walls of the prison, in a cement cell block shared with her silent father and her crazy mom.  She doesn't know what it's like to be free.  Her eighteen birthday is quickly approaching though and she isn't sure if she should be excited or scared.  She doesn't want to leave her parents but she wants to experience life outside the walls.  But when her parents admit to her that they have no regrets about the men they killed, Millie leaves without looking back.

Prison Nation was almost impossible for me to put down.  I can't believe this is a debut - it's so incredible.  From the character depiction to the world-building, I was caught up in Millie's world.  Although the ending was  a bit weak, I wasn't disappointed as the novel held me enraptured through-out.  I can't wait to see what Jenni has in store for her readers next.  I highly recommend this to any dystopian or young adult readers!!
Posted by Minding Spot at 3:30 AM