When George Hodgman leaves Manhattan for his hometown of Paris, Missouri, he finds himself—an unlikely caretaker and near-lethal cook—in a head-on collision with his aging mother, Betty, a woman of wit and will. Will George lure her into assisted living? When hell freezes over. He can’t bring himself to force her from the home both treasure—the place where his father’s voice lingers, the scene of shared jokes, skirmishes, and, behind the dusty antiques, a rarely acknowledged conflict: Betty, who speaks her mind but cannot quite reveal her heart, has never really accepted the fact that her son is gay.

As these two unforgettable characters try to bring their different worlds together, Hodgman reveals the challenges of Betty’s life and his own struggle for self-respect, moving readers from their small town—crumbling but still colorful—to the star-studded corridors of Vanity Fair. Evocative ofThe End of Your Life Book Club and The Tender Bar, Hodgman’s New York Times bestselling debut is both an indelible portrait of a family and an exquisitely told tale of a prodigal son’s return. 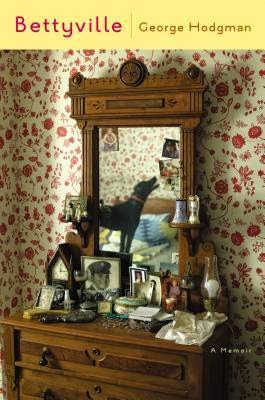 I loved the way the novel opens up, with the author explaining about names of towns in the state (Missouri) he grew up in and explaining how he tries to remember them at night. Right away I noticed he was revealing a little part of himself from the very beginning and I instantly felt like I would like the story he had to tell.

I know that this novel was a memoir about Mr. Hodgman going home and helping to take care of his mother and their experiences together, but there times where I could imagine myself in his position and having to make decisions for my mother. I could imagine the frustration and sadness Mr. Hodgman must have felt at realizing how old and dependent his mother really was. Although the “elephant in the room” was about his being gay;

I can imagine any child and parent having unresolved issues while at the same time trying to love and care for them; whether the issue is being gay, being pregnant, getting divorced, etc. Although Mr. Hodgman and his mother “Betty” had unresolved issues I liked how they still got along and how he had a lot of wonderful memories of her. I really enjoyed how he mentioned some of the memories along with what was going on in the present.

I like the way the author did the dedication in the front of the book. Not only did he dedicate it to his parents, but also to his grandmothers, great aunts, and aunts. Throughout this book I laughed, cried, and even felt a little nostalgic about my family, and I really enjoyed the author’s story. I admire Mr. Hodgman for being willing to write a memoir about his mother and the little bit of time they had left together. I give Bettyville and George Hodgman a “10.”

*I received a copy of this book in exchange for an honest review.  Tiffany
Posted by Minding Spot at 3:14 PM