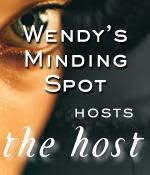 The Host is one of the books on my top 15 ever read. I read it last year, and even today, I can remember vividly the story. It's a remarkable tale, and one I highly recommend.

The Description: Our world has been invaded by an unseen enemy. Humans become hosts for these invaders, their minds taken over while their bodies remain intact and continue their lives apparently unchanged. Most of humanity has succumbed.

When Melanie, one of the few remaining "wild" humans, is captured, she is certain it is her end. Wanderer, the invading "soul" who has been given Melanie's body, was warned about the challenges of living inside a human: the overwhelming emotions, the glut of senses, the too-vivid memories. But there was one difficulty Wanderer didn't expect: the former tenant of her body refusing to relinquish possession of her mind.

When outside forces make Wanderer and Melanie unwilling allies, they set off on a dangerous and uncertain search for the man they both love.

One of the most compelling writers of our time, Stephenie Meyer brings us a riveting and unforgettable novel about the persistence of love and the very essence of what it means to be human. 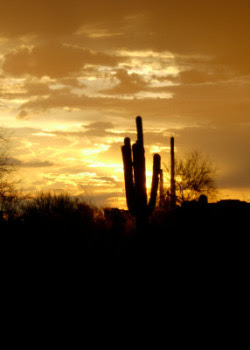 Isn't this picture beautiful? It's the setting for The Host 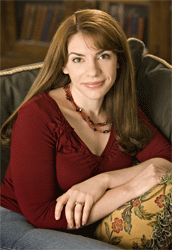 Stephenie Meyer graduated from Brigham Young University with a bachelor's degree in English. She lives with her husband and three young sons in Phoenix, Arizona. After the publication of her first novel, Twilight, booksellers chose Stephenie Meyer as one of the "most promising new authors of 2005" (Publishers Weekly).


1. What inspired the idea for The Host?

The kernel of thought that became The Host was inspired by absolute boredom. I was driving from Phoenix to Salt Lake City, through some of the most dreary and repetitive desert in the world. It’s a drive I’ve made many times, and one of the ways I keep from going insane is by telling myself stories. I have no idea what sparked the strange foundation of a body-snatching alien in love with the host body’s boyfriend over the host-body’s protest. I was halfway into the story before I realized it. Once I got started, though, the story immediately demanded my attention. I could tell there was something compelling in the idea of such a complicated triangle. I started writing the outline in a notebook, and then fleshed it out as soon as I got to a computer. The Host was supposed to be no more than a side project—something to keep me busy between editing stints on Eclipse—but it turned into something I couldn’t step away from until it was done.

2. Did you approaching writing The Host, your first adult novel, differently than your YA series?

Not at all. Like the Twilight Saga (this is probably the only way The Host is like the Twilight Saga!), The Host is just a story I had fun telling myself. My personal entertainment is always the key to why a story gets finished. I never think about another audience besides myself while I’m writing; that can wait for the editing stage.

Winners will be drawn on June 25th
Posted by Minding Spot at 1:49 PM