If you'd like to join in come to Mailbox Monday where Marcia is our host and leave a link to your books.

I got some great reads this week and I look forward to digging into them!! 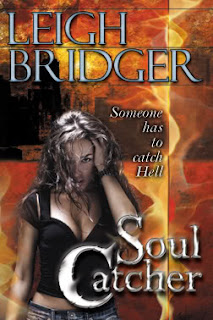 Description: From the gothic eccentricity of Asheville, North Carolina to the terrifying recesses of the Appalachian wilderness, from modern demonology to ancient Cherokee mythology, Soul Catcher follows the tormented journey of folk artist Livia Belane, who has been stalked through many lives by a sadistic and vengeful demon. Livia and her loved ones, including her frontier-era soulmate and husband, Ian, have never beaten the demon before. Now, in this life, he's found them again.

On The Bluffs by Steven Schindler 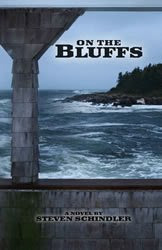 Description: SOMETIMES THE BIGGEST LIES ARE THE ONES WE LIVE While Brian DeLouise was working the graveyard shift at a conspiracy theory-crazed radio station his wife was alley-catting around Washington, DC. But a cheating wife and a dead-end job no longer made him angry or depressed. He was just numb. It took a daring brush with death to awaken his senses and a few clicks on Google to begin a journey to recapture a love he believed was gone forever. Brian finds his lost lover in a rundown mansion on the windswept bluffs of Cape Cod, where he must confront a fast approaching evil while he risks losing everything he now cherishes. 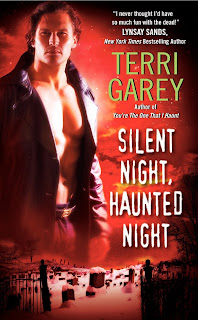 All I haunt for christmas is you . . .Joe Bascombe is no stranger to desire, but when a sexy spirit begins haunting his dreams, he finds himself ensnared by dark passions. What he doesn't realize is that the devious demon and her two sisters, otherwise known as the Three Fates, are out to teach the woman he loves a lesson . . .Unwilling psychic Nicki Styx survived a near-death experience to find herself able to see and hear the dead, but she only has eyes for Joe. Together they've conquered evil spirits, saved lost souls, and beaten back the Devil himself, but they're about to learn that there are more things in Heaven and Hell than they ever imagined. As far as Nicki is concerned, Joe is the man of her dreams, but now they're at the mercy of the creature who's invaded his. It'll be a Christmas to remember . . . and it could be Joe and Nicki's last. 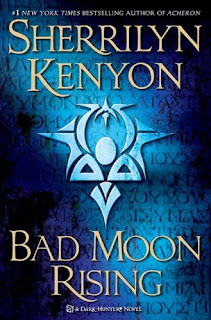 Fang Kattalakis isn't just a wolf. He is the brother of two of the most powerful members of the Omegrion: the ruling council that enforces the laws of the Were-Hunters. And when war erupts among the lycanthropes, sides must be chosen. Enemies are forced into shaky alliances. And when the woman Fang loves is accused of betraying her people, her only hope is that Fang believes in her. Yet in order to save her, Fang must break the law of his people and the faith of his brothers. That breech could very well spell the end of both their races and change their world forever. The war is on and time is running out... 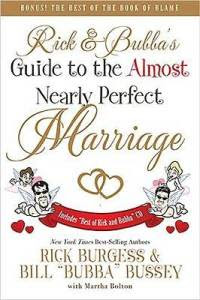 The only thing funnier than marriage is Rick and Bubba talkin' about it!

Rick and Bubba are at it again, and this time it is all about marriage. Addressing such topics as apologizing (The Ten Worst Ways to Say I'm Sorry), communication (Grunting Is Not a Language), date nights (Worst Date Nights in History), finances (I Thought You Paid the Gas Bill), and playing sports together (I Did Too Let You Win), the two "sexiest fat men alive" will have couples everywhere tied in knots. With stories, top ten lists, and even a bonus addendum of their oft mentioned, "The Book of Blame," this humorous look at marriage is long overdue. This book will revolutionize your way of looking at married life. And it might just remind you all over again why you fell in love in the first place.