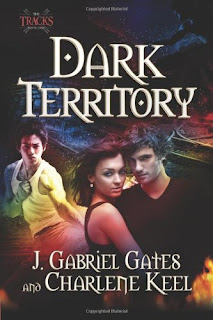 Ignacio 'Nass' Torrez is the new kid at Middleburg Middle School. His parents didn't want him to join the gangs like his cousins did in Los Angeles, so now they have moved to a small town in the Midwest. Unfortunately, Nass gets suspended on his first day of school after a fight breaks out in the lunch room. The good part is that he made a friend, Raphael Kain, the leader of a gang.

Aimee Banfield is excited to be going home, after being in a pretentious juvenile center for the past year. She looks different, with colored hair and darker eyes, and she doesn't act the same either. Before, she was snobbish and had an array of friends. Now, her first day back to school, no one will speak to her, except Raphael Kain.

Nass learns that there are two gangs in Middleburg. There are the flats, the poor kids, and there are the toppers, those with money. They have their own set of rules that they abide by, and most of the gang members are well versed in the martial arts. Nass has no desire to join a gang as he prefers to breakdance, but he does appreciate the new friends he has made.

Raphael really likes Aimee, and she him, but her dad just got his mom pregnant so things aren't looking so good. Also, Aimee's older brother is a Topper and Ralph is a Flat, enemy gangs that Aimee has no business being in the middle of.

There's an old urban legend about ghosts haunting old abandoned rail cars and a mythical beast inhabiting the tunnels. Some of the teens see people who aren't there, or are they? When Aimee goes missing, Ralph is the first person who is suspected because of his hatred toward her brother and father. But will the authorities realize that Ralph isn't responsible and find Aimee before her life is in danger?

DARK TERRITORY is an exciting young adult thriller. With a diverse handful of realistic characters, a compelling plot, romance, friendship, intrigue and a splash of the paranormal, DARK TERRITORY is a must read!