All the Bradleys play hockey—even Ben’s older sister Denise who hopes to go to hockey camp and become the first girl on the Rum River High School varsity team. But thirteen-year-old Ben wants to learn to jump and spin. If the guys find out, Ben will never hear the end of it. And he doesn’t even want to think about what his former hockey–star dad would say. 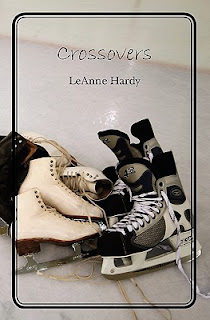 Crossovers is a fun, young adult read that delves into the world of sports - something I don't usually read.  However, I found it compelling and finished it before I knew it!  Ben is a hockey player like his dad but what he really wants to do is spin and jump like his sister does.  But knowing that is what his heart desires, and knowing how his dad and friends feel (only girls figureskate) he begins to feel like something might be wrong with him.

Then there is his sister who wants to try out for the hockey team - an all boy sport in this northern town.  Blend it all together and you have a well-written novel about teens being teens and trying to find their own path and wanting justification for it. However, it could also resonate with adults who want to do something but society or their peers doesn't conform to it.  A great book that I'd recommend to all ages! 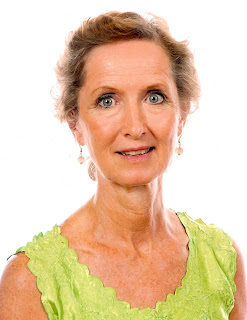 I may have grown up in the Midwestern suburbs of Indianapolis, Indiana, but since then I have sipped cream tea in Oxfordshire, slid down rocks in a Mato Grosso river, eaten stewed goat at an African wedding, and climbed Table Mountain. (If you read the rest of this page, you will find out where I lived when I did those things.) My books are set in a variety of countries, and each tries to capture the unique feel of that place.  http://www.leannehardy.net

*I received a copy of this book in exchange for an honest review.  All opinions are my own.
Posted by Minding Spot at 10:18 AM