The Siren of Paris by David Leroy

Born in Paris and raised in the United States, 21-year-old Marc Tolbert enjoys the advantages of being born to a wealthy, well-connected family.. Reaching a turning point in his life, he decides to abandon his plans of going to medical school and study art in Paris. In 1939, he boards a ship and heads to France, blissfully unaware that Europe -- along with the rest of the world -- is on the brink of an especially devastating war.When he arrives at l'École Nationale Supérieure des Beaux Arts, more ominous signs surface. There are windows covered with tape, sandbags shielding the fronts of important buildings, whispers of Parisian children leaving the city, and gas masks being distributed. Distracted by a blossoming love affair, Marc isn't too worried about his future, and he certainly doesn't expect a Nazi invasion of France.Marc has a long journey ahead of him. He witnesses, first-hand, the fall of Paris and the departure of the French government. Employed by an ambassador, he visits heads of state, including the horribly obese gray-haired Mussolini and the charismatic Hitler. He witnesses the effects of the tightening vise of occupation, first-hand, as he tries to escape the country. He also participates in the French resistance, spends time in prison camps, and sees the liberation of the concentration camps. During his struggles, he is reunited with the woman he loves, Marie, who speaks passionately of working with the resistance. Is she working for freedom, or is she not to be trusted? 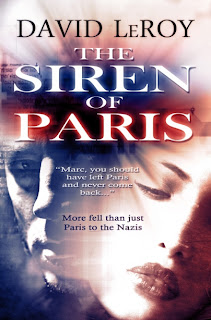 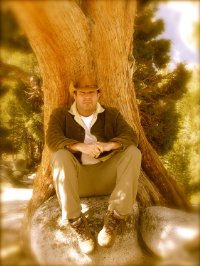 A native of California, David received a BA in Philosophy and Religion at Point Loma Nazarene College in San Diego. After returning from a European arts study program, he became interested in the history behind the French Resistance during World War Two. Writing fiction has become his latest way to explore philosophical, moral and emotional issues of life. The Siren of Paris is his first novel. You can visit him at http://www.thesirenofparis.com/.