After a CIA agent mysteriously dies overseas, his top asset surfaces with a startling and terrifying claim. There's just one problem -- no one knows if she can be trusted. But when six exchange students go missing, two airplane passengers trade places, and one political-asylum seeker is arrested, a deadly chain of events is set in motion.

With the United States facing an imminent and devastating attack, America's new president must turn to covert counterterrorism operative Scot Harvath to help carry out two of the most dangerous operations in the country's history. Code-named "Gold Dust" and "Blackbird," they are shrouded in absolute secrecy as either of them, if discovered, will constitute an act of war. 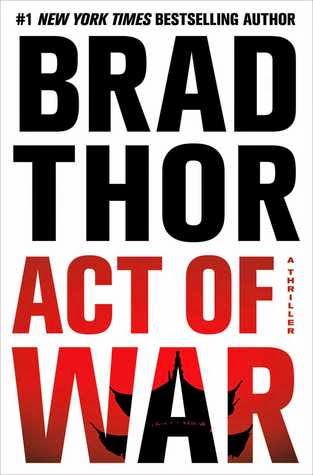 This books tells the story of China’s plan for an all out attack on the US in order to take over the country for our resources. It was only by chance that the US government was able to find out that there was such a plan but not what the actual plan of attack was going to be. The best resources were quickly put into play in not only finding who was behind this plan but exactly what the plan of attack entailed.

I don’t want to give too much away since part of the pleasure of reading this book was trying to discover the master plan along with the characters. Although the story is based on fiction, anyone who follows current events understands how closely the story can be to reality. The author does a great job of inserting enough real information to make everything sound valid.

The story takes the reader all over the world including China, Hong Kong, Washington D.C., and Dubai. There is even a side story of a group of SEALs going behind enemy lines in North Korea. It’s a very smart thriller and all you can hope for is that it never comes true because the rational that the author uses makes such an event very plausible. It will definitely make you pay closer attention to the news after reading this book!

*I received a copy of this book in exchange for an honest review.  Roberta
Posted by Minding Spot at 11:00 AM