Triple ARC Pack Give Away!!

Yep, I'm still cleaning. It's amazing that my books keep piling up instead of dwindling, no matter how much I read. I absolutely love it :) Anywho, here's another triple pack that will go to ONE Winner! 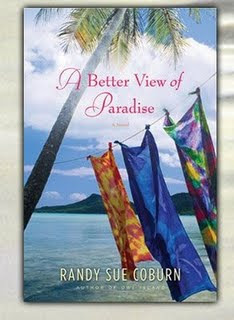 In Coburn's third novel (after Owl Island), mid-30s landscape architect Stevie Pollack has just fled a failed project in Chicago and a failed relationship in New York to be with Hank, her querulous, dying father, in her Hawaiian hometown. Every turn of events—every argument between father and daughter, every meeting with a lover, every sleepless or dream-filled night—seems to be watched over by the book's most colorful and passionate character, the swirling wonder� that is the island, whose prophetic creatures and therapeutic beaches add eccentric splendor. Coincidentally, in Chicago, Stevie meets her cousin, Margo, who reveals that Stevie's father has a hidden sister. Reconnecting with Margo gives Stevie the chance to talk story,� or reminisce, about Hank's family life, giving Stevie some much-needed perspective on her contentious relationship with the old man. As her own icy edge melts in the presence of a lost puppy, an approachable veterinarian named Japhy, childhood friends and a blossoming appreciation for Hawaiian folklore, Stevie becomes an engrossing character who makes up for a predictable plot and a cascade of unlikely coincidences. 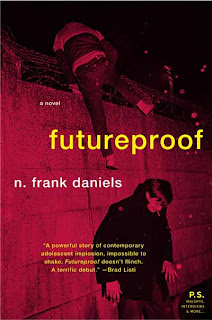 Daniels's resolutely grim portrayal of the unclassified the oversimplified the target market the failing demographic early to mid-'90s first surfaced on Myspace and became something of a self-published hit. The loosely autobiographical narrative follows the tormented young Luke, a white kid with dreads who clings to a tattered copy of Black Boy throughout his passage from grungy teen to father of a very fragile, sick little boy. Saddled with a miserable home life, Luke attends Peckerbrook High and finds solace with Rocky Horror Picture Show fans, Nirvana freaks (who go into shock when Kurt Cobain kills himself), booze and drugs. He drops out and holds a series of dead-end jobs, gets high and prowls for girls, but manages, by the end, to learn how to live again. Though Daniels's prose often feels too self-satisfied, his characters' misanthropic adventures will speak to disenchanted youth. 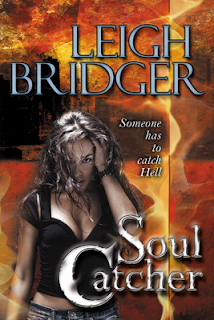 From the gothic eccentricity of Asheville, North Carolina to the terrifying recesses of the Appalachian wilderness, from modern demonology to ancient Cherokee mythology, SOUL CATCHER follows the tormented journey of folk artist Livia Belane, who has been stalked through many lives by a sadistic and vengeful demon.

Livia and her loved ones, including her frontier-era soulmate and husband, Ian, a Soul Hunter, have never beaten the demon before. Now, in this life, he s found them again.


Hello From Deborah Smith, now writing as Leigh Bridger. If you know me from my women's fiction novels like A PLACE TO CALL HOME, SWEET HUSH, A GENTLE RAIN, THE CROSSROADS CAFE, ON BEAR MOUNTAIN, and others, you may wonder why I've taken off in this new direction, under a pen name.


One Winner - USA Only

Deadline to enter is October 23rd - Winner Announced October 24th.
Posted by Minding Spot at 8:51 AM