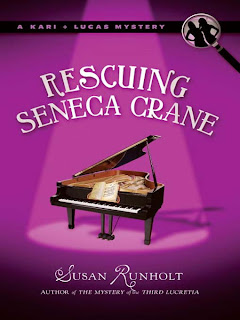 Runholt's second mystery starring 14-year-old best friends Kari and Lucas offers readers light intrigue in a lush Scottish setting. When Kari's mother, a magazine reporter, is sent to Edinburgh to interview Seneca Crane, a 15-year-old piano prodigy, the girls get to tag along. Upon meeting Seneca, they realize that the young pianist is not only talented, but also very lonely. She is under the constant tutelage of her mother, stepfather, and overbearing tutor. The three girls quickly become friends despite Seneca's hectic rehearsal schedule. When she is kidnapped after a performance, Kari and Lucas sidestep some shady characters and supersleuth their way to a daring rescue. 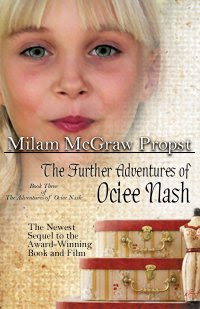 I couldn't find a picture that matched the ARC exactly.
This ARC includes Book One, Book two, and Book 3.

A Flower Blooms on Charlotte Street - In 1898, after her mother's death, Ociee runs wild with her brothers in Marshall County, Mississippi. Her mother's sister, Aunt Mamie, has other plans for Ociee. Her loving father agrees and packs his only daughter on the train to go live with her aunt on Charlotte Street in Ashville, North Carolina; it is the biggest metropolis that the child has ever seen. This protagonist, lively and sympathetic, stars in a story that is permeated with familial love.

The Further Adventures of Ociee Nash

Both ARCS will go home with one winner! USA ONLY!
Winner will be announced March 19th.

Email ThisBlogThis!Share to TwitterShare to FacebookShare to Pinterest
Labels: giveaways