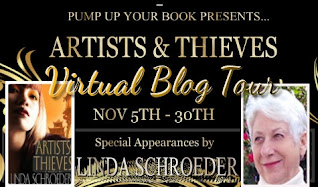 Artists & Thieves won the 2011 San Diego Book Awards in the action/suspense category.  In writing it, I paid attention to one of the essential elements in suspense stories, Time. I compressed the action of the story into four days and used some fairly standard images to show the passing of time.

The story is about a task left was unfinished in the past which the heroine, Mai LIng, must complete in the present.  So a sense of the long ago is as important in the story as present time flying by. Here are four images which are easily associated with Time:

2.                 A  decayed building. We know that what is now falling apart used to be new. So if I show a dilapidated building, you will understand that time has passed. I set the scene in which Mai first hears that she must steal the ancient Chinese bowl in the old Chinese town of Locke on the Sacramento River. Her grandfather tells her, “Listen to me, Mai. There is an obligation from the past, a duty bound to male heirs.”  What happened centuries ago now imposes a task on Mai. I needed the reader to sense history. I surrounded her with Locke’s old buildings: “She continued along the walkway and then turned left into a narrow wooden plank passage between the unsafe, rickety buildings which barely maintained a vertical alignment.”

3.              An old photograph.  A static picture of something we know is from the past makes us aware of how far the present is from that point:  “[Mai] went into the bedroom. A single bed was covered with her grandmother’s blue and white quilt. That quilt was as familiar to her as breathing, although her grandmother had died before she had been born. On the bedside table was a black and white photo she had seen many, many times, her grandmother holding an infant. Each time she looked at the photo, she tried to see that infant becoming Lily, her mother. But she couldn’t.”

4.              Before and After.  A quick look at something that has changed will tell us that time has elapsed. Movement and recurring sounds put us in the present: “Gulls no longer roosted on the tops of the pilings but flew in low pursuit of the bait tanks or fought over scraps of bread tossed by the tourists over the wooden railing into the water. Otters played around the rocks close in and farther away seals barked.”

There are many ways to show time. Since it is a very abstract concept, I used concrete images to convey it. The above examples worked for me as I tried to anchor a character in the past or present.

Telling Time is one of the challenges of storytelling. 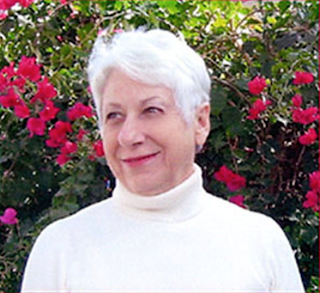 Linda Schroeder divides her time between the right sun of California and the high mountains of Colorado. She has a Master’s degree in English and one in Communicative Disorders/Audiology. In addition to her novel, Artists & Thieves, she has published a college text.


Her early interest in English expanded to include language disorders and she began a second career as an audiologist and aural rehabilitation therapist working with deaf and hard-of-hearing children and adults.

Currently, she studies and practices Chinese brush painting, celebrating the vitality and energy of nature. She follows art and art theft blogs and writes her own blog about art and sometimes includes reviews of novels. She is working on two more novels, a second Mai Ling novel about the Diamond Sutra, and a Sammy Chan art mystery about the forgery of a Goya painting. 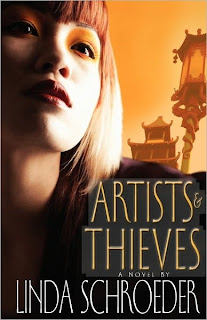 About the Book:
Winner of the 2011 San Diego Book Awards, Action/Suspense category

Where there is art, there are thieves.
Mai Ling is both. Artist by day, thief by night, she recovers stolen art for Interpol. It’s  a business, not a passion, until her beloved grandfather reveals a family secret that is also a destiny. He is duty-bound to return to China an especially precious bowl which belonged to his ancestor. Mai must steal it for him.
But Mai Ling is not the only one after the bowl. Four others plan to extract the bowl from a private California art collection. The rival thieves grasp and then lose the bowl until finally Mai is faced with the ultimate dilemma:  save the bowl or save herself. Her duty to her grandfather gives her only one choice.
Set against the vibrant backdrop of the Monterey Peninsula and peopled with quirky characters, this stylish art caper entertains on every page.
Amazon
Barnes & Noble

Book Trailer:
Posted by Minding Spot at 7:00 AM