Otto Ringling and his sister Cecelia could not be more different. He’s just turned 50, an editor of food books at a prestigious New York publishing house, a man with a nice home in the suburbs, children he adores, and a sense of himself as being a mainstream, upper-middle-class American. Cecelia is the last thing from mainstream. For two decades she’s made a living reading palms and performing past-life egressions. She believes firmly in our ability to communicate with those who have passed on.  It will turn out, though, that they have more in common than just their North Dakota roots. 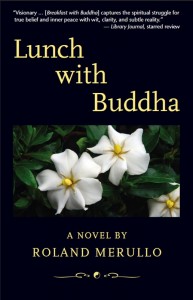 Otto is grieving over the loss of his wife, and it still feels fresh months later when he and his adult children spread his ashes.  But Otto has plans - he and his sister's spiritual guru are about to embark on a journey.  In an old pick up truck, they begin to drive to North Dakota, Otto's childhood home.  But along the way is filled with an emotional journey filled with healing, love, humor and spiritual growth.  Both men have different beliefs - they couldn't be any more opposite, which makes for great conversations in that truck.  They make different stops along the way, and the interaction between them and the people they meet is noteworthy, as well as all of the food.

I really enjoyed this novel, even though I didn't read the first book, Breakfast with Buddha.  Although this book can be read as a standalone, I believe I would have been deeper invested if I read the first one.  But that takes nothing from Lunch with Buddha, which is a character driven story that I could see playing out in my mind.  Very vivid and wrote brilliantly.

*I received a copy of this book in exchange for my honest opinion. 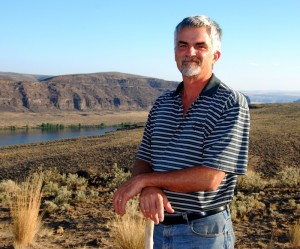 Roland Merullo was born in Boston, Massachusetts, in 1953, and brought up in Revere, MA, a working-class Italian American community five miles from downtown Boston. He graduated from Phillips Exeter Academy in Exeter, NH, in 1971, and Brown University in 1975, where he also earned a Master's in Russian Language and Literature the following year. At various points in his life, he has worked in a parking garage, worked for the United States Information Agency in the former Soviet Union, served in the Peace Corps in Micronesia, worked as a carpenter, and taught creative writing and literature at Bennington and Amherst Colleges. He currently lives in Massachusetts with his wife and two daughters.   http://www.rolandmerullo.com/

*Fill out the Rafflecopter to enter
*USA only
*Contest ends December 5, 2012

a Rafflecopter giveaway
Posted by Minding Spot at 12:30 AM