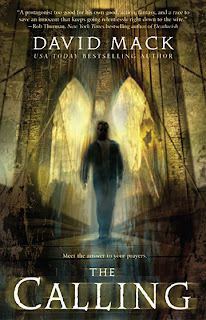 HEAR THE CALLING.
No one would guess by looking at Tom Nash that he's extraordinary, and that's just fine with him. A tall, broad-shouldered jack-of-all-trades from Sawyer, Pennsylvania, Tom has a knack for fixing things. He also hides a secret talent: he hears people's prayers. Stranger still, he answers them. Maybe it's because he's a handyman, but Tom feels compelled to fix people's problems. Which is all well and good — until the soul-shattering plea of a terrified girl sends him on the darkest journey of his life…

SEEK THE TRUTH.
Heeding the call and leaving his home for New York City, Tom discovers a secret world beyond the range of mortal perception — a world of angels and demons and those who serve them. With the guidance of a knowing stranger named Erin, Tom learns that he himself is one of The Called, born with a divine purpose and a daunting task: to help the powers of Heaven in the war against the agents of Hell, an army of fallen angels known as the Scorned. Thrust into an epic battle of the sacred and the profane, Tom Nash must find the girl who prayed for his help — because her fate will determine whether humanity deserves to be saved, or damned for all eternity…

My Review: The Calling is a wonderful addition to the urban fantasy genre. Mack does a wonderful job of weaving the story together. Tom Nash is a hero who is just one of the good ole guys. We need more of him in the world today! The action is gritty and turbulent, and the outcome is phenomenal. The Calling ends leaving the reader satisfied, yet open ended enough to suggest a sequel. Definately a must read for all scifi and paranormal fans!

About the Author: David Mack is the national bestselling author of more than a dozen books, including Wildfire, Harbinger, Reap the Whirlwind, Road of Bones, and the Star Trek Destiny trilogy — Gods of Night, Mere Mortals, and Lost Souls. His first original novel, the supernatural thriller The Calling, debuted in July 2009 to critical acclaim. 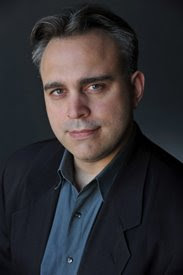 Upcoming novels in 2009 by David Mack include The 4400: Promises Broken, Star Trek Vanguard: Precipice, and an expanded edition of his Mirror Universe tale The Sorrows of Empire. Coming in 2010 are More Beautiful Than Death, an adventure inspired by the 2009 feature film Star Trek; and Zero Sum Game, the second book of the Star Trek: Typhon Pact miniseries.

Mack has been to shows in every Rush concert tour since 1982, and he finally met two-thirds of the band in 2007. He currently resides in New York City with his wife, Kara.

Don't take my word for it! Stop at these other blogs on the tour and see how well they enjoyed The Calling!!